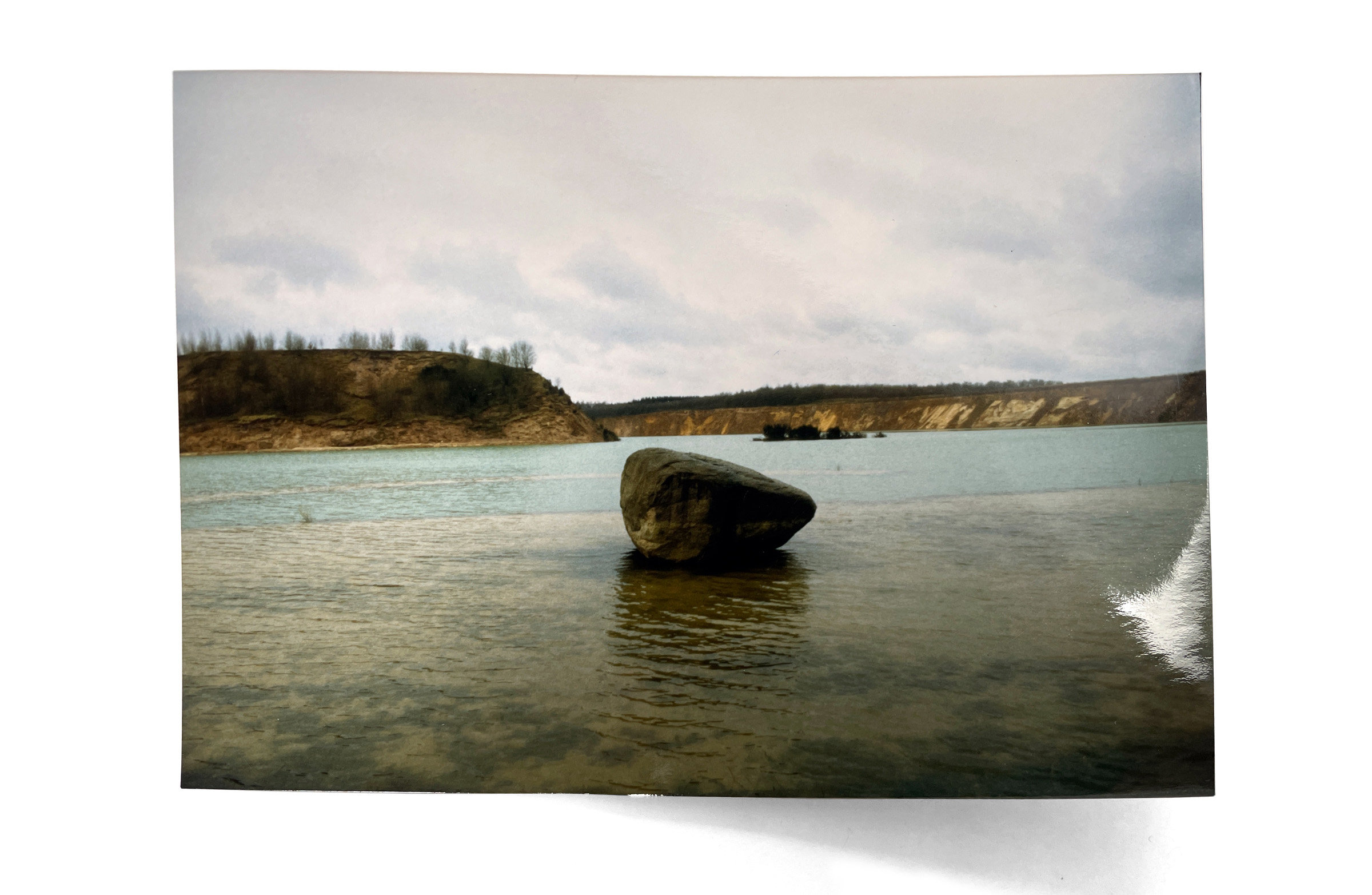 you peer into the floodplains and see a concave bed
I’ve got character, blush and lie still, sand it to sand
I should get up but I’ve been extinguished and have solidified
shelves are being assembled entire libraries
built training bras forcing the masses into place and also there
I am a witness, indestructible materials are extracted here:
digging back layer after layer to the headlands where I
was given a place to sleep

Memory like saber teeth: my mother shimmering
in windproof skin on the other side of the water: my father, the animal
who went to sea only named when he was no longer animal
two hundred meters of ice over his feet, one floor more each time and he got wings
and my mother too, they flew away to die out and deliver me

I remember the wind engulfed my wooly birth
in thunder and rage I collapsed from a cliff’s height in screeching breath
-less strokes, but with no human ears no one went deaf
we didn’t know then that sound is saved, that I too
had been sound

First the ice age, then the 1970s and the world becomes a work of art
(I am part of it, relax or be afraid, the spectator chooses
they want an avalanche) and I hand out ballots: sandpit
or expansion of the zoo?

It becomes a sandpit even though many spectators plead
for a larger yard for the elephants secretly I too am
for it, we have the same blush deep in the wrinkles
of their skins the animals afterglow for ages
the child plots vicious says my extinct mother and I
become part of the sandpit

How do you put it nicely?
Human intervention affects me irreparably, the artist
on the run with me is thankful for people, the active
sand mine is precisely the dusty-dry spot he seeks, I’ve got weight
but am still in the way the artist must explain it and I doubt
that he wants to but sadly it’s not for me to doubt that is
for the artist

I lie here for my forefathers, the entire town donating
the entire sponsored history it wasn’t the intention
that I would lie here but I’ve developed character since, someone touches
me and I behave like a bleed, my blood vessels
radioactively dated my sediment blushes I stay
where I am each time

this story already ended once with a book and a tour but I’m
not done yet, I’ll tell you about the artist, he died
in an airplane crash and he too stayed down he too is not done yet

Sometimes I long for a shovel that like Moses splits all
these lurking earthworks in two, someone to cling to I’m
open to it but I still don’t know if it’s that
or if it’s my entrenched intestines that each day get heavier
and quieter and advise me with a damaged voice
to do things totally different for once

the artist like a kid collects fossils and shells lays
insects on satin beds builds wooden shelves to lift
the deadweights above the earth, I should have known
carefully at first then swearing and ranting he builds a circle
around me praises my postindustrial position designs
a viewing point, we both still have faith in it

I lurk and lurk like it’s a thing, hold the cabinets
with ease and also the stories he tells all day long
about carburetors and drive shafts and all that ugly motion
the child lets itself be swaddled, says my extinct father
and are you dating all your documents, for later?

I know: I’m his mood killer and his greatest victory
it seems like I’m lying on my back with my legs in the air
but this is actually the most stable position

sometimes I'm born in the yellow sand the green water
my unplanned presence my veiny fat skin it is
the streaks of sunscreen from a body just come from the sea, a sight
I’ve never seen, this man-made coastline, my rock
that slowly greets my parents, the sea level drops, they might
make a movie about the crash

stop with your pretty core values and the shivering ice that every five years
drifts back to the sandpit in jubilee, the grotesque game
of playing dead for years to come